Guidance for the assessment and management of ingested foreign bodies, including a management algorithm.

Children that have ingested a foreign body.

Medical and nursing staff in the Emergency Department.

History of foreign body ingestion is a common presenting complaint. Metallic foreign bodies are more commonly implicated than non-metallic. Coins are the most common.

Most ingested foreign bodies will pass harmlessly through the GI tract. However oesophageal impaction is a recognised complication even in the asymptomatic [1] with potentially serious sequelae such as oesophageal perforation, mediastinitis and ulceration.

Metal detectors have been used to detect metal foreign bodies in several studies. They have been proven to be both sensitive and specific in confirming presence of coins in particular, and localising them to above or below the diaphragm [2]. 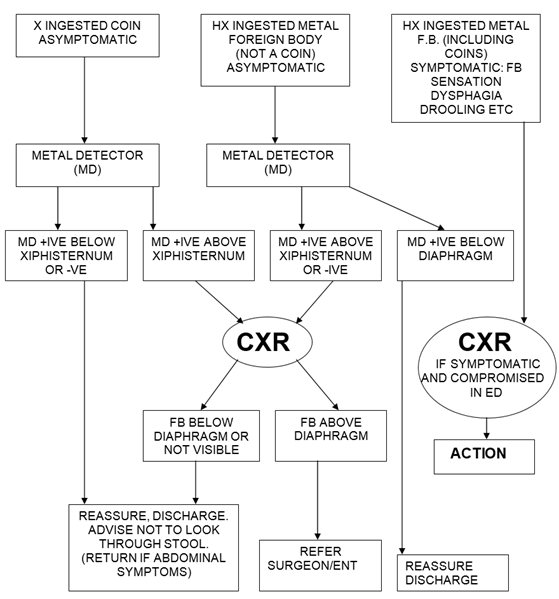